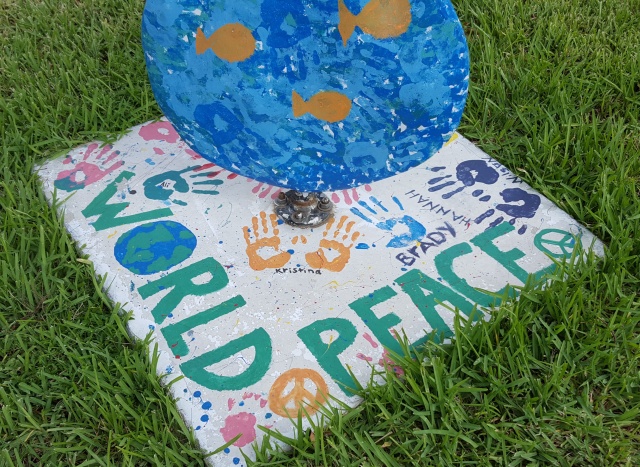 Peace. What a concept.

This weekend, anti-war activist Cindy Sheehan and many other peace-minded souls are participating in the Women’s March on the Pentagon.  The event brings focus to the wars and militarism that we fund and in which we participate around the world. It shines a light on the many ways our rampant militarism negatively impacts us, others, and the earth.

It’s time to rethink all that. It’s long overdue, even as our Congress has yet again just recently funded those operations to the tune of $700 billion with bipartisan support. And for so many folks, the media circus prevents us from even really noticing that mind-numbing budget or all that is going on in our name and with our tax dollars.

The Women’s March on the Pentagon hopes to raise the visibility of destructive militarism, and to turn our heads towards peace. On their website, they describe their genesis:

In response to the continuing march of military aggression by the USA and to put an antiwar agenda back on the table of activists, we are calling for a Women’s (and allies) March on the Pentagon on the 51st anniversary of the 1967 big antiwar event in Washington D.C. and subsequent march on the Pentagon that had 50,000 people! 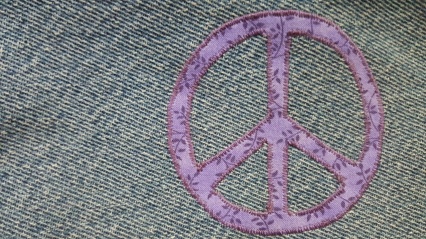 I checked to see if there might be some local events held in concert with the one in DC. Here in Michigan, crickets. (And I didn’t get my act together in time to organize anything.) Nor was it easy to find mention of the event.

However, here in Michigan, we do have the Michigan/Michigan State football game today. The Ann Arbor stadium averages over 112,000 people in attendance for one of these autumn matchups.

Imagine if 112,000 people got together to raise their voices for peace.

Instead, that throng of people will watch as the padded and helmeted players take the field, playing offense and defense in a startlingly obvious metaphor for military battle. The marching band with its militaristic drumming, formations, and flag-waving waits in the wings for halftime. People cheer for the fight, singing what’s aptly known as a fight song.

“Hail to the victors valiant. Hail to the conquering heroes….” as I recall from my days there.

Similar scenes play out in stadiums all over the United States, over and over again.

If only we could generate that kind of enthusiasm in the name of PEACE!

You go, Cindy and the other peace leaders in DC today! I hope that this weekend’s event gets some visibility and traction, and that more and more people wake up and hop on the peace train. I am on board.